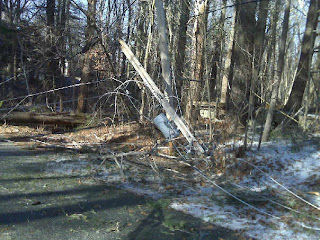 New Hampshire is famous for its official state slogan, "Live Free or Die," adopted in 1945. It is a reference to the aggressive sense of independence inherent in the American political philosophy. The phrase has its origin in an 1809 toast written by General John Stark, New Hampshire's most famous soldier in the American Revolutionary War.

However, a new state motto is being proposed by some. I heard it from a former colleague (John Finocchiaro) who is still without power following the December 11 ice storm that threw 1.25 million homes back into the Dark Ages. The proposed motto, rather appropriately, is "Live, Freeze, and Die!"

Additionally, I would propose that "12/11" (a spoof of 9/11) might be an appropriate name for one of the worst ice-storm-induced power outages in recent New England history.
12/11 ice storm live free or die live freeze and die new hampshire power outages state motto

Popular posts from this blog 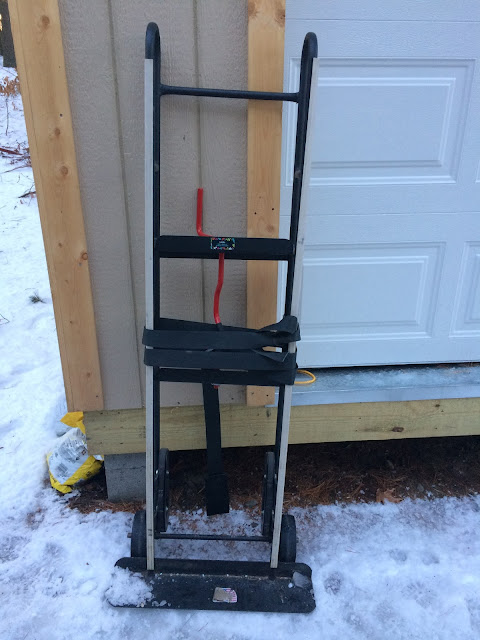 Milwaukee Appliance Hand Truck, leaning against my shed Also known as a cart or a dolly. The model is HDA700. I paid around $120 for it. Here's a list of the features. Wrought iron frame 800 pound load capacity 6 inch non-marking wheels (solid, non-inflatable, never go flat) Stair climbers to help move loads up and down stairs and curbs Padding to prevent the cart from damaging the appliance (this is the white strip in the picture above) Belt or strap that goes around the appliance to secure it to the cart and keep it in place Manual ratchet belt tightener, the buckle-like part at one end of the belt (more on this below) Belt tightener handle (this is the red handle in the picture above) to add more tension to the belt once the manual ratchet has been used to the tighten the belt  I recently used this hand truck to move a big ass 320 pound refrigerator out of my garage (where it was delivered) and up a couple of steps to the deck, up one more step through the doubl
Read more

My Experiments with the PICAXE 08M2+ 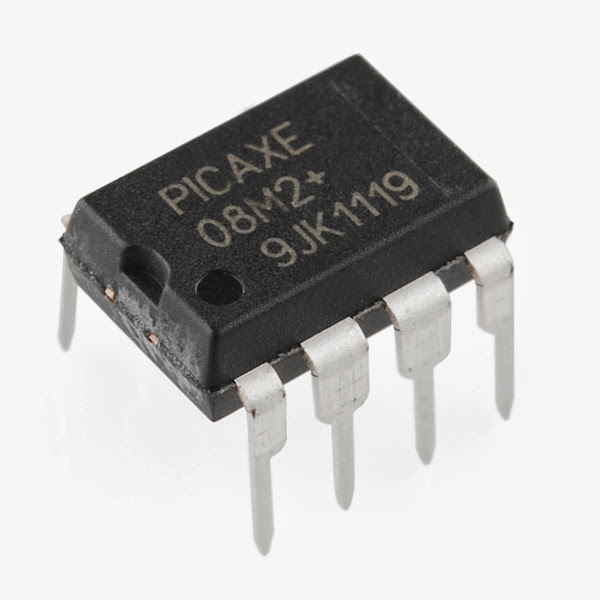 PICAXE 08M2+ I generally prefer to do things the hard way. For example, you can either microwave a frozen dinner or cook from scratch. The microwave option is a good backup plan, but cooking from scratch has far too many advantages, as I outlined in a recent blog post on the do-it-yourself way of life. In the electronics and robotics world, the analogy of cooking from scratch is to build circuits using a bare bones micro-controller chip (e.g. the PICAXE ) rather than a fancy board (e.g. the Arduino ). Therefore, once I get a circuit working with the packaged Arduino approach (e.g. this robot I built recently), I usually try to replicate the circuit using more basic components like the PICAXE. My decision to consider the PICAXE was influenced by Charles Platt's coverage of it in his awesome book Make: Electronics . But essentially, I am a minimalist and I want to see how much I can get done with a bare bones chip rather than a bulky board-based micro-controller like the Ar
Read more

November 12, 2012
Introduction I recently bought a utility trailer . (I'll explain momentarily what that is and why you might consider buying one.) Going through the process (research, preparation, purchase, registration, setup and maintenance) has taught me that it's not a simple endeavor and very little good documentation exists in the public domain (e.g. on the Internet). Hence, this post. Research In dictionary terms, of course, "to trail" means "to follow" (or to trace the path of a primary vehicle). Alternately, Wikipedia defines a trailer as an unpowered vehicle pulled by a powered vehicle. So, let's get acquainted with what a utility trailer is and why you might consider buying one. If you're a hardworking, blue collar American you probably already have one -- it's the back half of your pickup truck . Well not quite, but that's the reason Australians refer to a pickup as a utility vehicle. A pickup is characterized by the presence of a flat
Read more

Puneet Singh Lamba
Puneet is Practice Director, Adobe Services at One North, a TEKsystems Company. He specializes in web development and digital marketing using Adobe's suite of products and tools. He is keen on nature photography, the social sciences, and a number of sports and games including badminton, tennis, basketball, soccer, cricket, table tennis, pool, bowling, chess, volleyball, and squash. He played the drums for a rock band during his college days in Ontario. Puneet founded The Sikh Times in 1999 and is author of the book Five Myths. Connect with Puneet on Twitter and LinkedIn. His personal web site is at Inventica.com. Puneet studied electrical engineering at IIT Roorkee and computer science at the University of Windsor. He is an Adobe Certified Architect for Adobe Experience Manager and Adobe Analytics.